Ted Tayler is the international best-selling author of The Phoenix and Freeman Files series: 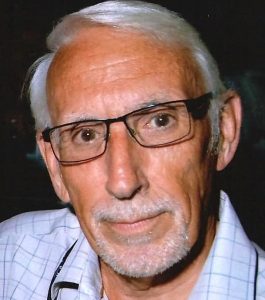 “The core message in my Phoenix novels is that justice is failing today. The Phoenix believes criminals should pay for their crimes; the current system fails to deliver the correct punishment. His fellow Olympus agents help redress the balance.”

“In Gus Freeman’s and cold case investigations, there will be bursts of frantic action, of course, but they will intersperse with romance, humour and country life. Life is all about balance. Good and evil, love and loss, laughter and tears.”

“I think of myself as a storyteller; with each successive book, I hope I get better at it. Readers tell me it feels as if we’re across the table from one another, and I’m chatting with them. There are more stories left to tell.”

Ted Tayler lives in West Wiltshire, England where many of his stories are based. Born in 1945, Ted’s been married to Lynne since 1971. They have three children and four grandchildren.

What’s the basic plot of The Freeman Files?

Gus Freeman is a retired Detective Inspector who has spent the past three years alone. Freeman’s wife, Tess, died from a brain aneurysm six months to the day after his retirement. He is still coming to terms with his enforced solitary existence.

His old boss wants Gus to head up a Crime Review Team investigating cold cases. Old witness statements and fresh clues would cloud his thoughts. The hunt would be on. Freeman wonders whether his superiors need his old-style methods. Is the request out of pity; to occupy his mind with fruitless digging into cases their best young brains failed to crack?  Gus can’t resist the chance to enter the fray for one last hurrah. 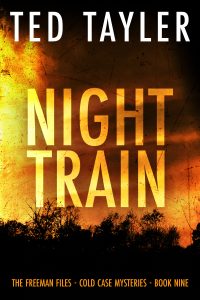 I stopped writing in July 2018 because I was getting nowhere fast. Fresh covers for The Phoenix Series were the springboard to my first BookBub Featured Deal the following March. Without that change of fortune Gus Freeman would never have existed. My wife persuaded me to start writing again – so that there was something for the new Phoenix Series readers to enjoy after they’d reached the end!

What’s the best way to market your books?

I’m still trying to work that out after seven years. My strategy has been to offer the first book in a series (or the first Boxset) FREE on as many days per quarter that Amazon KDP Select allows. I’ve used perhaps twenty different promotions sites over the years. I’ve got six that have consistently given me a good return on my investment. I’d never made any significant impression before BookBub featured ‘The Olympus Project’ (#1 in The Phoenix Series) but since that time Downloads, Sales, and Page Reads have gone through the roof. Especially since Gus and his Crime Review Team tackled their first case in December 2019.

I set myself a target of 3000 words a day. I write for two hours in the morning. Then I spend two to three hours in the afternoon. I remember one occasion in the past three years where I returned in the evening to quarry the remaining few hundred words.

When I started writing in 2012 I combined the names of old school friends, work colleagues, famous sports people. I switched first names and surnames to confuse the issue. It’s getting harder after 31 titles to be original.

In 2017 I contacted a prolific author whose books I’d read and enjoyed, to ask how they were so successful while attracting such a high percentage of unfavourable comments. They said that unlike Ian Rankin and Lee Child, who could spend eighteen months polishing their manuscript so that it shone like a diamond, they needed to publish half a dozen titles each year in order to put food on the table for their family. So, they accepted that readers would spot the typos, the change of character name halfway through a book, and their job was to continue to do their best to turn out fast-paced, page-turning stories that the majority of readers enjoyed.

I’m a storyteller who tries to follow the same path. I won’t find all the elusive typos, and I know that my grammar isn’t perfect. I don’t ignore the bad reviews, nor do I go over the top with the stellar variety. I too can’t expect to have a manuscript that shines like a diamond when I aim to publish six titles a year. What I need to do is ensure they’re fast-paced, page-turners and pray that readers enjoy them.

I’ve struggled to get 3000 words a day on several occasions since 2012, but I’ve never hit the wall. When the going gets tough I get up and do something different. I might watch sport on TV, listen to music, sit in the garden with one of the 200 books I review as an Amazon Top1000 Reviewer – I’ve even agreed to wander aimlessly around a garden centre looking for bedding plants. Anything to give my brain a chance to clear and to work out the next steps in the story.

That’s a difficult question. Colin Bailey (The Phoenix) the vigilante assassin, was someone I wrote about for six years. He believed the punishment should fit the crime. I enjoyed writing about him.

Gus Freeman has only been in my head for fifteen months. He might prove to be far more successful in the long run, surely he will become my favourite. How to choose?

I’ve decided Rusty Scott is my favourite. I don’t think that will change however many Freeman Files books there are, or how many any other series I might write (if I’m spared). Rusty was the Phoenix’s best friend and right-hand man throughout the series. Mr Dependable.

What is your favourite childhood book?

A Tale of Two Cities by Charles Dickens

Favourite song at the moment: Hasn’t changed since I used to sing it 50 years ago. What’s Going On, by Rory Gallagher.

Are you a plotter or a pantser? A bit of both. I use signposts to provide a skeleton for the story, then sit back and let the characters take me where they want to go.

Star Wars or Lord of the Rings: Neither

What do you want written on your headstone and why?

Do you have any advice for writers?

Enjoy what you are doing; make sure you write for you own amazement. Stick to it regardless of the knockbacks that come your way and measure your success in a way that you are comfortable with. I go back to my musical experience; there were thousands of bands & musicians out there striving for a break. Only a small percentage ever made it to the top. Some of the best bands I ever heard never got that break while some pretty rubbishy ones had a handful of hit records.

Life isn’t fair. All we can do is do our best and enjoy however far our writing takes us.