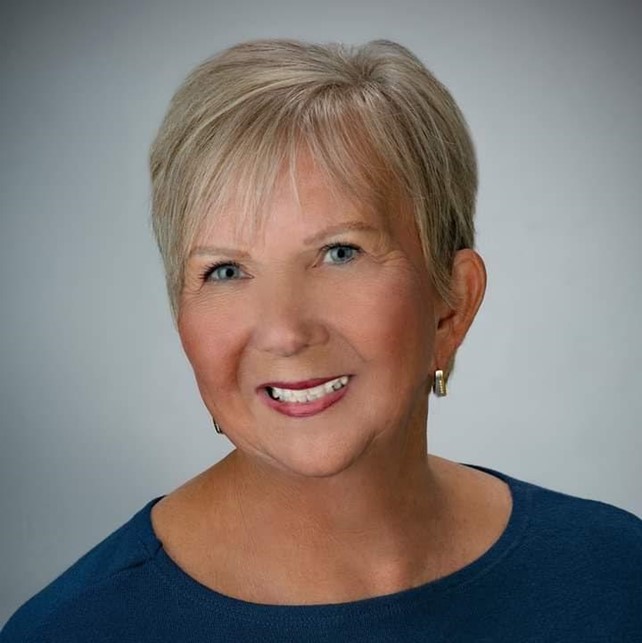 Hi PJ. Thanks for dropping by and taking the time to subject yourself to one of my torturous interviews. Tell us a bit about yourself and your writing life.

I read mysteries and biographies starting in elementary school. Writing as an author didn’t occur to me until I had written a murder mystery after going on vacation in St. Maarten many years ago. It was a journal entry that just grew and grew and turned itself into a book! But those were the days of having to find an agent, who then found a publisher, and so on. As a busy internist, I didn’t have the time to pursue that route, although I bought the  Writer’s Digest several times and tagged likely prospects.

Years later, while I was waiting in line at the Vatican to see the Sistine Chapel, I met an author who had self-published via CreateSpace. I checked it out but it was a couple more years before I finally did anything, and that was because I met a young man who happened to have worked for Kindle in its early days. With his help, I took the leap. This is before I learned about using editors, professional covers, and all that.

Congratulations on getting those books out. What’s the next one we can expect?

My latest novel, Pickled Pink in Paris: A Julia Fairchild Mystery, was published on 5 August 2021. It’s a cozy mystery with lots of twists and turns. Here are the cover and blurb: 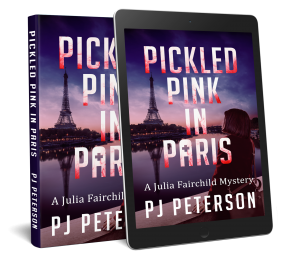 A major business deal is disrupted by murder.
But a young physician has the key to the case…
A dying man’s last word whispered in her ear: “…mushroom…”
When medical internist Julia Fairchild receives an invitation to Paris from her long-distance beau, Josh, she packs a bag, grabs her sister Carly, and jets off for the City of Lights. But once they arrive, death and suspicion take the place of champagne and escargot. Josh’s business partner is dying in the hospital, and the gendarmes are convinced Josh is behind it.
Naturally curious and driven to seek justice, Julia jumps at the chance to clear Josh’s name – but he doesn’t seem interested in proving his innocence. Is he hiding something? Will Julia uncover the true murderer and salvage what’s left of her Paris vacation, or is she next on the killer’s hit list?

I was fortunate to have several scientific papers published from my days in research as a Medicine Resident. More fun than those were four articles published in “Medical Economics” that were about my clinical practice. I even got paid for them!

I throw in a medical quirk that plays a role in how Julia finally solves the mystery.

It chose me! I honestly can’t imagine writing sci-fi, fantasy, romance, or other similar genres. I might try a true thriller at some point or a darker mystery.

I knew I wanted to write a story set in Paris and planned to have gone there before I finished writing it. COVID hit the world and my trip was rescheduled 3 times (fingers crossed, I finally get to visit Paris in September 2021) so I used Rick Steves’ travel guide for Paris and did online research to make it as authentic as possible. I wanted to find other words that began with the letter “P” to go with Paris. Pickled Pink is a play on Tickled Pink. I was thrilled to find out that there are “pink pickles”–they’re a Mediterranean delicacy. Then I had to figure out a way to work them into the story.

Julia has an insatiable need for knowing the truth. She also tends to stumble onto problems that need to be solved. She’s not easily thwarted and finds ways to get the answers she needs.

The catacombs chapter. It was fun to pretend to experience the situation into which I had put Julia. I do NOT want to repeat it in real life, however.

Julia’s fifth adventure is set in the Caribbean again, this time in the British Virgin Islands mostly on Virgin Gorda. I’ve thrown in a pirate movie and a dead girl on the beach. I can’t wait to see what happens next!

Does writing energize or exhaust you?

Writing is the funnest part of my day. I never know what is going to materialize before my eyes when I sit at the keyboard. New characters appear out of nowhere or Julia does something I didn’t plan!

Years ago when British authors were the major mystery writers, I planned to use the name of one of my cats, Rachel Kearns, because it sounded more British. Maybe I’ll use it for another genre someday. 🙂 I had adopted two kittens and named them “Smith” and “Kearns.” When one of my friends gave me a look, I added first names so they became Abigail Smith and Rachel Kearns.

If you could tell your younger writing self anything, what would it be?

Just get it down on paper and write for yourself. It doesn’t matter what other people think as long as you’re enjoying what you’re doing.

How did publishing your first book change your process of writing?

My second book was written on purpose. The first one was an accident. And in the meantime I learned the value of editors, the need for marketing, networking, and so on.

As a writer, what would you choose as your mascot/avatar/spirit animal?

I can’t explain why but I’ve been attracted to penguins since my early college days. Perhaps it’s because they’re black and white.

What did you edit out of this book?

A séance scene that I loved but my editor didn’t like. I might sneak one into a later book.

Where to find PJ

You can find PJ online via her website, Facebook and Goodreads. And here’s a link to her novels on Amazon.