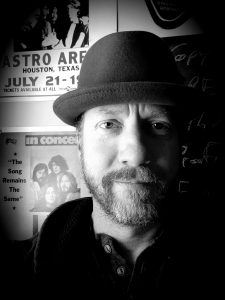 There’s an indie author out there who I reckon will soon crack the big time in the spy thriller genre. He’s written two outstanding novels so far, and hopefully plenty more are on the way.

His name is RT Breach.

Not only is RT an emerging writer with a powerful, visceral style, he is blessed with the ability to take his readers on heart-stopping rollicking adventures. His writing is passionate and gutsy, a truly unique voice among indie authors.

Find out what makes RT tick by checking out his author bio.

“Brilliant and, without a doubt, well worth five stars.” 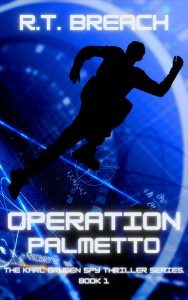 The stakes are high: a career on the line and nuclear secrets up for grabs… Karl Gruben, a junior Mossad agent, is thrust into a last-minute clandestine operation, his first assignment as a team leader: kidnap a runaway Iranian nuclear scientist.

Dr. Vahan Nafisi witnessed the brutal murder of colleagues, barely escaping with his life—and secrets to nuclear supremacy—to America. Gruben must secret a freshly formed team of hard-edged agents into the U.S., but his own inexperience, bad intel, and technical difficulties plunge them into a dangerous labyrinth of disasters.

As he pursues the wily Dr. Nafisi, Gruben collides with a web of other international espionage agencies all bent on nabbing—or killing—the scientist. Can the Mossad capture Nafisi in time? If the Iranian thugs hell-bent on returning the doctor to their labs get to him first, nuclear secrets will thrust the world into imminent peril.

Karl Gruben must pull his team together, zero in on their quarry, and keep the whole thing a secret from American authorities in a race against time to save his career, the lives of his team, and protect humanity.

Yes, because my real name is classified. (laughs) Also, I ran my real name into the ground a long time ago. (More laughs) Needed re-branding. Flexibility to write in different genres is another reason. So, primarily– privacy is the reason.

I’m always a little out of step with anything mainstream. My conclusions and calculations sometimes equal negative zero. After thirty years of adult life, watching and observing behavior, reading book after book; I think it all means I’ve got a ready reservoir of realistic yet imaginative stories to tell. Strong verbs help.

A friend of mine wrote a psychological thriller where the main character had a boyfriend who is a Mossad agent. She never wrote about what he was up to while he was gone. I kept toying with the idea until Operation Palmetto rose to the surface. Palmetto is set in Charleston, South Caroline. I’d been in Charleston for work several times for a week at a time. In my hotel, I cooked up the story and Palmetto seemed apropos.

Finishing touches on book 2, Operation Watchtower, which is releasing in September 2021. Also, a thriller novella not in the Karl Gruben series. And on the side, some scifi stories under the pen name Rayko Troy.

What literary pilgrimages have you gone on?

I once stumbled across Mark Twain’s grave. Hastily standing the headstone back up I– just kidding! But I really did drive through a cemetery with some co-workers in Elmira, New York and we found his grave. I’ve got pictures to prove it.

The Odyssey of Echo Company. Heartbreaking account of an Army Airborne unit in Vietnam. I’ve read many first-hand accounts about the Vietnam war. Bravery, courage, inhumanity, terror, sadness, humor… it all ran high over there. This book just brought an emotional side to the story that hit me hard.

Critique partners– blind leading the blind, for one. Be careful about wasting too much time with other amateurs. They’re a good place to start, but not to languish in for months and years. Another is: High hopes combined with ignorance of the fact it takes learning a new skill (genre writing) to get it right. That social media isn’t as important as it’s made out to be– its useful but filled with non-book buying people who just want to ratchet up their friend count. I don’t spend a lot of time on social media.

Yes. There are many secrets and Easter eggs in my books. Some are general knowledge; others are tidbits only a good friend would get.

I Duck Duck Go myself on occasion.

What one thing would you give up to become a better writer?

I’ve already become unemployable because of it. At least at jobs where they expect part of your soul every day. I think I’m a better writer because of an involuntary job dismissal (yeah, I got fired for insubordination. Imagine that.) With all that time on my hands, I dove full-time into writing. The product is three novels releasing in the same 12-month span.

What is the most difficult part of your artistic process?

Keeping the inspiration going. Sometimes I just have to make myself do it, whether I want to or not. There are so many distractions out there today. My biggest time sucker is the Xbox. On the other hand, I like video games to get my mind OFF of what I’m writing. To decompress.

I believe in long hot showers. They melt away brain befuddlement hindering the writing process. Usually. Otherwise, writing is one of those things where throwing mud at the wall helps. Later on, you can smooth things out and make mud look like a beautiful stucco job.

Where to find RT Breach