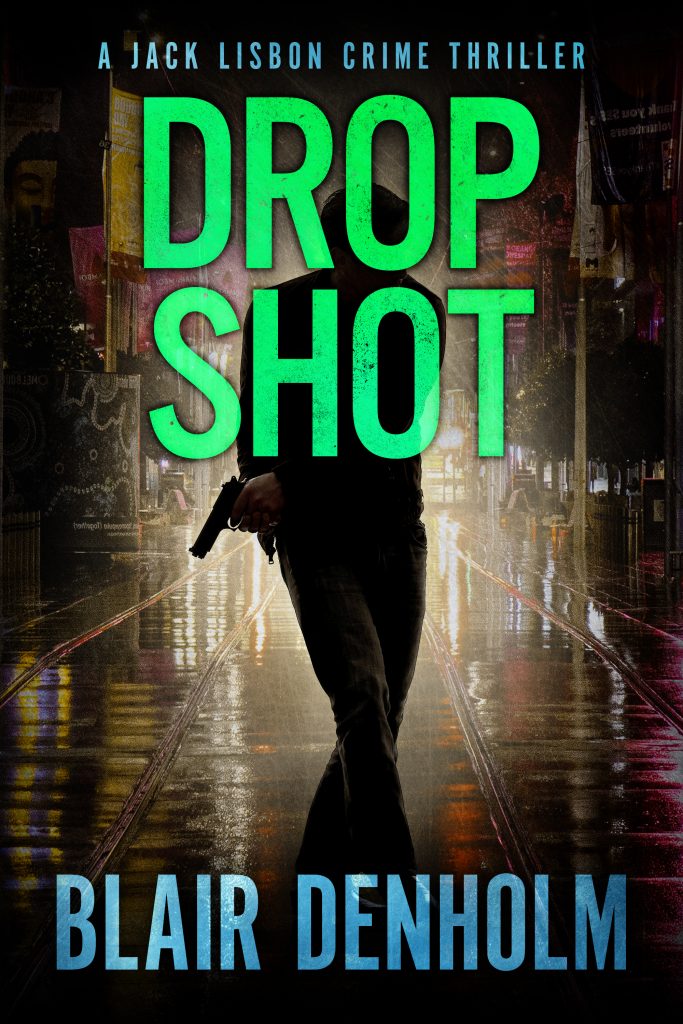 Temperamental tennis player Roderick McAdam stands on the threshold of claiming the world number one ranking. But days before McAdam is due to arrive in Melbourne for the Australian Open, his trussed-up body is found in a seedy hotel room.

Why had the victim accepted an invitation to play in a one-off competition in far North Queensland? And why was he murdered in such a bizarre way? With the public and tennis officials demanding answers, Detective Jack Lisbon and his team must peel back the layers of lies, violence and deception to uncover the shocking truth.

Drop Shot is the fifth book in the Fighting Detective Series by popular crime fiction author Blair Denholm – another action-packed mystery guaranteed to keep you turning the pages into the night.

If you’re a fan of fast-paced thrillers by American crime-writing legends James Patterson, David Baldacci and Michael Connelly, or British doyens of police procedurals Ian Rankin, Peter James and Val McDermid, this novel will be just what the detective ordered.