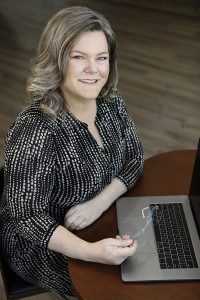 Before becoming a historical fiction author, Emma Lombard was an editor in the corporate world across various industries—aviation, aquatic ecology, education and the world of academia. Her blog series Twitter Tips for Newbies is popular in Twitter’s #WritingCommunity for helping writers (new to Twitter) navigate the platform and find their voices on social media. She is the author of the upcoming historical adventure, Discerning Grace. To connect with Emma or enquire about being a guest blogger, head to her author website.

Genre: Historical adventure with a twist of romance

Synopsis: London 1826: 16-year-old Grace Baxter is NOT marrying old Lord Silverton with his dead-mouse stink and salivary incontinence. Refusing this fate, she disguises herself as a boy and flees aboard HMS Discerning, where her big mouth earns her a caning, reveals her identity, and forces Lieutenant Seamus Fitzwilliam to become her protector. Grace must now win over the crew she betrayed, while managing her feelings towards the taciturn Lieutenant.

I asked my late grandmother if we had any juicy family gossip in generations past and she told me that my 3x great grandmother had eloped with an English sea captain, against the wishes of her well-to-do family, and lived with him aboard his ship. The second I heard this little gold nugget, I had an idea for a historical adventure with a twist of romance! However, I decided from the outset that although I was borrowing the premise of the story, I did not want to delve into my ancestors’ personal lives, so my novels are purely fictional. 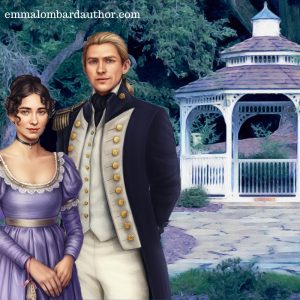 Gilly, for sure! He’s also a beta reader favourite. Lambert McGilney, captain’s clerk, is a rough-around-the-edges sea dog who actually has a heart of gold. He is loyal without fault, even if it means getting into trouble for it. He has a larger-than-life attitude, with a sense of humour that shines, even in the bleakest of times. He was super fun and easy to write. His dialogue and mannerisms flowed so easily onto the pages. It helped immensely to have such a strong secondary character because I found I could bounce my main characters off him so well. He’s also not based on anyone I know, so I thought he might be harder to write, but he wasn’t.

The Power of One, by Bryce Courtenay. I was 12-years-old, and I had no idea books had the power to make readers cry. It was an incredible moment that I’ve never forgotten. The first book that I read aloud to my children that made me cry was the Once Series by Morris Gleitzman. I think it was only the second time in their young lives that my sons had seen me cry (the first being when my dad died), and they clustered around me, hugging and consoling me. It was another of those precious life memories delivered to me because of books.

Oh, yes! I toyed with this idea for AGES! In fact, the earliest drafts of my manuscript bore a pen name. However, after researching about the importance of using social media as an author, and that the best way to connect with readers was by being myself, I bit the bravery bullet and set up my website, Twitter and Facebook with my real name. GULP! It was super scary, but now that everything has been rolling for a while, I’m okay with it.

Without a shadow of a doubt, commissioning an illustrator to paint my two main characters, Seamus and Grace, from my first novel. The excellent quality of these illustrations gave my online presence a much more professional air. Plus, they’ve been wonderful to use in caption competitions, newsletter marketing material and social media banners.

To bring my characters to life, I had my beta readers send me images of what they thought Seamus and Grace looked like. I also included my beta readers in the three draft stages of the painting so that they could suggest tweaks and changes for my illustrator. It was such an interesting process to go through with readers of my work—and really heartening to see how similarly they all pictured these two characters based on my written descriptions. I’ve even had one beta reader create my first pieces of fan art (an AMAZING cross-stitch of each of my main characters) because of these illustrations. 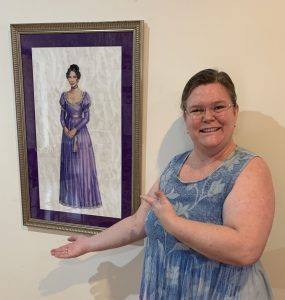 From so many sources! Baby name books, names in the credits at the end of movies, street signs, derivatives of real people that I know, name registry for the era that I’m writing in, and the list goes on! I always Google the first and surname combination to ensure that there is no living person with that name, or that it hasn’t been used in another work of fiction, and that it isn’t inadvertently the name of some famous historical figure.

Yes! But not for any other reason than to check my social media and website placing on Google. When you fiddle around with SEO (search engine optimisation), you need to check that you’ve got your keywords right, and to do that, you Google yourself to see if you pop up on the first page. I initially believed that my Google searches of myself showed up first because I was on my own computer, but then one of my followers checked my placing and let me know that I popped up first for her too. It was then that I realised that I had done a good job with my SEO.

What did you edit out of this book?

I’m a prolific over-writer, which in my opinion, is preferable to being an under-writer. It means I have tons of description, plot lines and characters that I can cull, move or condense. In my first book, I culled a few steamy scenes that weren’t needed to showcase the relationship of those characters because I’d already shown it through other dialogue and action; I deleted a couple of adventures on the sea that weren’t necessary to my over-arching plot; and I removed a whole bunch of redundant and unnecessary words, which then became embedded in my brain to help me not write them (as much) in subsequent books. My beta readers have called for me to save some of those scenes and offer them as deleted scenes on my website, which I think is a marvellous idea!

What is your favourite childhood book?

The Magic Faraway Tree by Enid Blyton. I was a shy and timid kid, and the thought of those children being brave enough to climb through that hole in the clouds to venture into unknown lands was wildly exhilarating! I loved Moon-Face the best because he was like the adult in the crowd who always got the children out of a jam. I always reckoned that if I ever had the chance to go up the Faraway Tree that I would never go into a land without Moon-Face beside me. I had the pleasure of re-living all these adventures when I read the whole series to my sons as tiny tots. It was just as lovely the second time around. And Moon-Face was still my hero!

If you had to do something differently as a child or teenager to become a better writer as an adult, what would you do?

Keep writing! I actually wrote my first novel between the ages of 11 and 14. I had a golden opportunity (through a family friend) to have my manuscript put directly in front of an editor at a big publishing house (oh, what I wouldn’t do for that opportunity now!) Naturally, my manuscript was rejected (it was an unedited first draft—cringe!). The editor wrote such a lovely supportive rejection letter, but 14-year-old me didn’t take it very well! So, I kind of just gave up. Later, when I decided that I’d like to give writing a go again, life got in the way—being a single mum to four young sons. I wish I’d had someone to prompt me to get back up on the horse and keep writing when I was a teen.

Favourite drink: Latte (by the bucketful)

Silliest saying: LOL (secret code with my teens for ‘lots of love’, without being THAT embarrassing mum!)

Favourite song at the moment: I prefer silence over music

With writing, are you a plotter or (seat-of-your) pantser? A bit of both

Number one thing to do on your bucket list: Escape to Nantucket for a 3-month writing retreat. It’s secluded, exquisitely pretty and steeped in history!