I’ve never come across a blogger as prolific, engaging and passionate about crime fiction as UK based good bloke, Colman Keane. Col has reviewed my first two crime novels (favourably, thank God), so I only thought it fair to return the favour. Col reads widely – traditionally published as well as indie authors from all around the world – and it’s easy to tell from his articles that he absolutely loves crime fiction.

Col, thanks so much for taking part in the interview. I’ll start off with an easy one. What made you such a mega fan of crime fiction?

My main reading staples used to be horror fiction for most of my late teens and early adult life. I was a massive fan of Dean Koontz, James Herbert and Clive Barker to mention a few. But mostly, Stephen King. I dimly remember one day browsing in a book shop and there were a couple of Elmore Leonard novels which had quotes from King on the cover. I kind of thought if I like King and King likes Leonard, ergo I’ll like Leonard and I wasn’t wrong.

After hoovering up some other Leonard novels of the era…… Fifty-Two Pickup, The Switch, Freaky Deaky and devouring them I was hooked. This then led onto other US authors of a similar era… Robert B. Parker and his Spenser novels, Andrew Vachss and his vigilante Burke, James Lee Burke and his Detective Dave Robicheaux.

I quickly decided I preferred reading about criminal sorts and PIs and cops and cons, drug deals, murder, corruption and more believable everyday happenings than clowns in storm drains, plagues of rats and imaginary monsters. 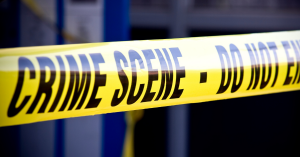 Who is your favourite author?

Currently Lawrence Block. I think I’d read his shopping list and be entertained. Fortunately he’s been writing since before I was born and is still going strong. I don’t think I’ll run out of his books anytime soon.

In the past at various times it has been…. Stephen King, Elmore Leonard, James Lee Burke, George Pelecanos, Michael Connelly, Malcolm Mackay and more recently Mick Herron. Probably a few more over the years that escape me at the minute.

Who is your favourite fictional character (hero and/or villain) and why?

Probably Harry Bosch from Michael Connelly. I like his mantra – Everybody counts or nobody counts. I think if somebody murdered my arse, I’d want him setting things straight.

What are you reading now?

I usually have a couple on the go, currently Death of a Painter by Matthew Ross. It’s a darkly comic crime fiction novel about a builder with money worries and a violent death on one of his jobs.

And a PI novel, Fatal Beauty by R.C. Hartson ….. a missing girl murdered by a pair of psychos – she’s one of many victims – and our ex-cop trying to get justice for the family.

Have you ever had reader’s block?

Yes. Usually it descends maybe once or twice a year, typically when I have a lot of work pressures. I try and get my reading bump started by picking up some shorter books, either a long short story or a short novella or two.

What authors did you dislike at first but grew into?

I don’t know that there was anybody that fits that category. If I don’t like the first book from someone, I don’t typically pick up a second by them. There were authors who I avoided because I didn’t want to be reading what everyone else was. Michael Connelly springs to mind. Then when I read him, I couldn’t get enough and was kicking myself for not picking him up sooner.

One of my favourite reads of all time and I don’t particularly know why is Michigan Roll by Tom Kakonis. It’s from the late 80s. I’ve read it a couple of times and will do so again……

Once a professor and now a professional gambler, Florida’s paradoxical Timothy Waverly just spent seven years in jail. Lonely, restless, Waverly returns to Michigan for a holiday, but ends up helping a woman named Midnight elude two of the most captivating and sadistic killers in crime literature.

How many hours a day do you devote to reading and blogging?

A minimum of two, usually early morning and whatever other time I can grab in the evening without ignoring the family. Reading can be quite a solitary pastime.

What was there a childhood book that turned you on to being such an avid reader?

There’s no one standout book I can look back on that I enjoyed in my childhood, though I’ve always had a love of books and reading. That love was passed on to me by my dad. At a push I can just about remember reading some Hardy book books, but whether I read one or a few or all, I couldn’t recall. I used to get an omnibus book of Boys Adventure Stories or some such similar title each Christmas which had 4 or 5 different tales in them. I enjoyed those.

What tropes in crime fiction do you think are overdone?

I don’t really vibe serial killer books though there are maybe less of them than there used to be. I have read and enjoyed them in the past and I’m partial to John Sandford’s Lucas Davenport series, even if I haven’t picked one up for a while. But generally they don’t interest me.

I would far rather read about outlaws, thieves, gangsters, drug dealers, bouncers, con men, accidental criminals, ordinary Joes making wrong choices and events spiralling out of control and the consequences of a job gone wrong than a murder investigation really.

There’s a plague of book covers at the minute where there’s a woman walking or running away and you see her back……. women gone, girl gone, lady getting going etc etc. I find them quite annoying, but each to their own. If people enjoy reading them, good luck to them.

Some book bloggers write exclusively about famous authors working for the big publishing companies. You’re a great supporter of lesser-known writers, giving them exposure they might not normally get (me included – thanks for that!). What do you find interesting about the small fish?

I do read a bit of mainstream crime fiction if you like, but a big part of me doesn’t always want to be reading what everyone else is. I like to read about the outsider and the underdog and they aren’t always popular animals in the book charts.

I’m drawn to indie crime fiction and a lot of smaller publishers putting out the kind of books I like to read…… All Due Respect Books, Close to the Bone Publishing, Down and Out Books to mention a few.

I’m also willing to read work which has been self published. I don’t necessarily feel that the lack of a publishing contract is a reflection on a book’s quality.

You can read Col’s reviews, articles and posts at the following locations