Sold to the Devil

After two years of writing, editing, re-writing, more editing, getting a cover done, uploading, fixing errors and a whole lot of other stuff, my second novel has finally been published!

With the COVID-19 pandemic raging at the start of 2020, my original publisher was in the unfortunate position of not being able to organise the release of Sold to the Devil until 2021. Not one to sit around twiddling my thumbs, I decided to self-publish.

And I’m pleased I did! 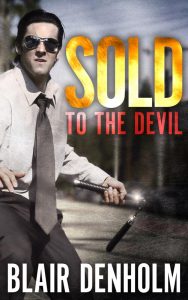 After just a few days, sales are ticking over. A couple of early reviews are positive (the bad ones are sure to come, but fortunately none so far). Here’s a sample:

For those wondering, there will be at least another book in this series, maybe more. I’m still trying to figure out Gary’s future. Whether it’s happy ever after or a tragic demise, you can be assured of one thing. It’ll be entertaining!

Resources allowing, I’m keen to venture into the world of audio books. I’ve got a few deep-voiced Aussie actors in mind to do the narration. Who would you suggest?