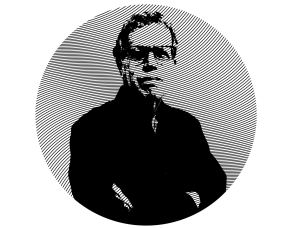 Tom Thorson became an author late in life, if you don’t include the 329 attempts to write the Great American Novel beginning at about age 14 (a war novel, abandoned after half a hand-written page). He attended the University of Illinois where he became an English major primarily because he liked to read. He also holds minors in psychology and mathematics, although full disclosure requires stating that he became worthless in helping with his daughters’ algebra homework by the time they entered the ninth grade. For reasons still a mystery to this day, he parlayed his bachelor of arts degree into entry to Michigan Law School, and became a reluctant attorney. Growing old rekindled the desire to write a novel, and maybe this time he got it right. He currently lives in Oak Park, Illinois, a suburb of Chicago, and has three mostly wonderful daughters who remain remarkably unaffected by his fathering skills. In his spare time (?), he likes to watch the bees and butterflies in his garden, bake, and make artisan ice cream. “Heirs Apparent,” “The Connubial Corpse,” and all subsequent novels in the Malcom Winters Series are his loving homage to the classic American detective novels and modest contribution to the genre.

“The Connubial Corpse: A Malcom Winters Mystery” (#2 in series) 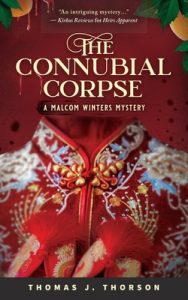 What begins as concern for a brilliant college student from China who starts missing classes takes a more sinister turn when the body of another young Asian woman, dressed in traditional Chinese wedding garb with her face immaculately made up, is found in a shipping crate heading overseas. Reluctant sleuths Malcom and Vinn uncover a baffling set of clues as they race around Chicago’s Chinatown trying to find the student before she meets a similar fate, along the way enlisting the help of a crossdressing businessman, an elderly faux Cuban cook, an overeager journalism student, a government source hiding behind a Vladimir Putin mask, and a posse of eccentric misfits. Their actions draw the attention of the local triad, putting a target on their own backs and putting a student journalist’s life in danger, before a final confrontation in a most unexpected place.

Turning 60. I was an English major in college, so of course I always had the dream of writing a book. My 60th birthday drove home the fact that I may not have a whole lot of years left, so I knew it was then or never.

Prior to the mystery series, I got distracted by a discussion I had with one of my daughters about the series of events that led her to her career choice, which in turn morphed into each of us citing examples of events throughout history that only occurred due to some odd coincidence or accident. That led to my first book, “Serendipity: Seemingly Random Events, Insignificant Decisions, and Accidental Discoveries that Altered History.”

I’m not sure there’s any one factor that makes an author’s work unique, but I think the dry humor, sense of scene, and odd characters combine to make the novels different from most others.

It’s always been one of my favorites to read. I grew up reading Sherlock Holmes and Nero Wolfe late into the night while under my covers and expanded into many other authors. For a long time while working my way through one of these books, I’d daydream about how I would have approached a scene, or what characters I’d like to create. The genre just seems like a natural fit for me.

Desperation. With “Heirs Apparent,” the title was clear from the beginning and it fit so well. “The Connubial Corpse” not so much. It was written and edited without the slightest idea as to a title. My editor wanted something referencing Chinatown, but all of the titles I came up with were either too close to existing books or movies or hopelessly awkward. I pulled out every synonym I could find about marriage, Asia, etc. and compiled a list of 50-75 possible titles. My daughter hated them all. I finally went with “Connubial Corpse” because it’s unique and eye-catching, even though my editor thought it gives away a plot point.

The main character leaves a dark life in the shadows working off-book for the government and tries to reinvent himself as a normal person leading an everyday life. He gets pulled into investigations that call upon the skills he had in his former career, along the way getting assistance from others whose own pasts hold secrets.

I think the answer to this changes day to day. Today it’s probably the scene on the architectural boat tour that brings the plot to a climax due to its claustrophobic nature and uncertainty about how it’s going to play out.

Leo. He’s the main character’s first-floor tenant who claims to be a Cuban in witness protection for trying to assassinate Fidel Castro, but his true background remains a mystery. He keeps Mal and Vinn on track, patches them up, dispenses cryptic nuggets of advice, and always has bottles of mystery booze at the ready. He’s about 90% based on someone I once knew.

Just got Malcom Winters #3 back from my editor and am going through the painful process of reviewing her comments and revising. And no, there is no title yet.

Does writing energize or exhaust you?

Both. It’s tough to have a full-time job and still find time every evening to devote to writing. But the end result is definitely a huge ego boost. I love the fact that I’ve created something that will survive long after I’m gone, and hopefully continue to bring happiness to others. I’ve heard it compared to childbirth. During pregnancy and after giving birth women swear they’ll never go through that again, but selective memory loss and the joy the first child brings has them forgetting that pledge.

Thinking that there are actually rules for how to write a book.

Have you ever gotten writer’s block?

Of course, but mainly when I’m trying to force the plot in the direction I want it to go. The words flow much better when I let the characters take off in the direction of their choice. I know that sounds hokey, but all three books are very different from what I had planned.

No. I like to see my name on the cover.

Do you try more to be original or to deliver to readers what they want?

Definitely more of the former. I write for myself, to produce the book that I want, that I can be proud of. I’m never going to be a best-selling author, so there isn’t a swarm of readers out there demanding things anyway. That being said, I try to be consistent with my characters from book to book. My novels are very character-driven, so if someone liked the first one I don’t want to disappoint in subsequent novels by changing who my characters are.

Do you think someone could be a writer if they don’t feel emotions strongly?

Sure. Writers create characters and scenes outside of their own personal experience all the time. I think observational skills are more important than emotional investment. Of course this would vary from author to author and may be dependent on genre.

Do you want each book to stand on its own, or are you trying to build a body of work with connections between each book?

Each one of my novels can be read without having read the others, but for the full experience it would definitely help to read in sequence.

What do you owe the real people upon whom you base your characters?

My gratitude. Only one of my characters is largely based on a single person, the rest are an amalgamation of several people, including strangers I only observe briefly. I doubt most people would recognize themselves in my books.

How many unpublished and half-finished books do you have?

None. Lots of ideas bouncing around in my head though.

Getting a book written of which I’m proud. Wouldn’t even need to be published.

What’s the best way to market your books?

I wish I knew.

What kind of research do you do, and how long do you spend researching before beginning a book?

For the most part, I visit the places where scenes take place and photograph them and where that’s not practical or critical, spend a lot of time online looking at pictures and for venues, reading reviews. For technical aspects, I do a lot of reading of articles I find online then bookmark to keep coming back to them. Not all research is done before the writing begins since the plot diverges from the initial plan and I need to learn about things I never anticipated.

What’s the most difficult thing about writing characters from the opposite sex?

Accuracy. Making sure I don’t write something completely stupid.

It varies. In the midst of a novel, I try to get in 1-2 hours every night, but I work it around other demands of life.

Sometimes they just pop into my head and seem to fit, other times I need to look online. For Asian characters, I wanted to know what names meant. With Amish characters, I didn’t want to use a name that the Amish would never choose.

I do. Good ones I print out sometimes. Bad ones I ignore. Not everyone is going to like my books; what’s important is that I do.

What was your hardest scene to write?

The sex scene in my first novel. There are actually websites devoted to ridiculous sex scenes and I didn’t want to end up there.

How long on average does it take you to write a book?

From the time I sit down to start brainstorming ideas to sending off to my editor, roughly 5-6 months

A big thanks to Tom for taking the time to talk to me. You can out more about him via the following links: